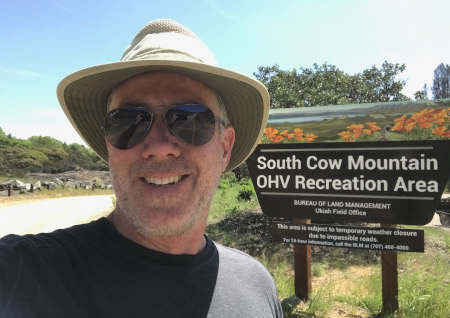 The board of the Post Wildfire OHV Recovery Alliance, or PWORA, elected Ted Cabral as the organization’s new president and chief executive officer.

The vote was taken at the 2022 Board meeting held on Nov. 10 in Cottonwood.

Ted Cabral will succeed Don Amador who served from 2018 to 2022 as the organization’s first president.

Amador stepped down from his current position but will remain on the board.

“I am proud of what PWORA has accomplished over the last four years where it collaborated with a diverse array of multi-interest strategic partners to mobilize volunteers and deploy resources on projects to mitigate post-disaster impacts to recreation areas on public lands managed by the Forest Service and Bureau of Land Management in California,” said Amador.

“I know the organization under Ted’s leadership will continue to build capacity to help our agency partners plan for and implement important post wildfire recovery projects,” Amador concluded.

Cabral, former three term commissioner for the Off-Highway Motor Vehicle Recreation Division of California State Parks, has a long track record of collaboration with the government agencies that manage OHV recreation on public lands in California.

“I am looking forward to building on the incredible foundation that Don and the PWORA board of directors have built,” Cabral stated. “My vision is to build our alliance by developing deep ties with local clubs and volunteer organizations. Those organizations would be able to leverage our relationship to streamline their volunteer efforts by taking advantage of PWORA’s master participation agreement to better support the Forest Service and other agencies during recovery operations.”

Friends of Oceano files another lawsuit against California Coastal Commission 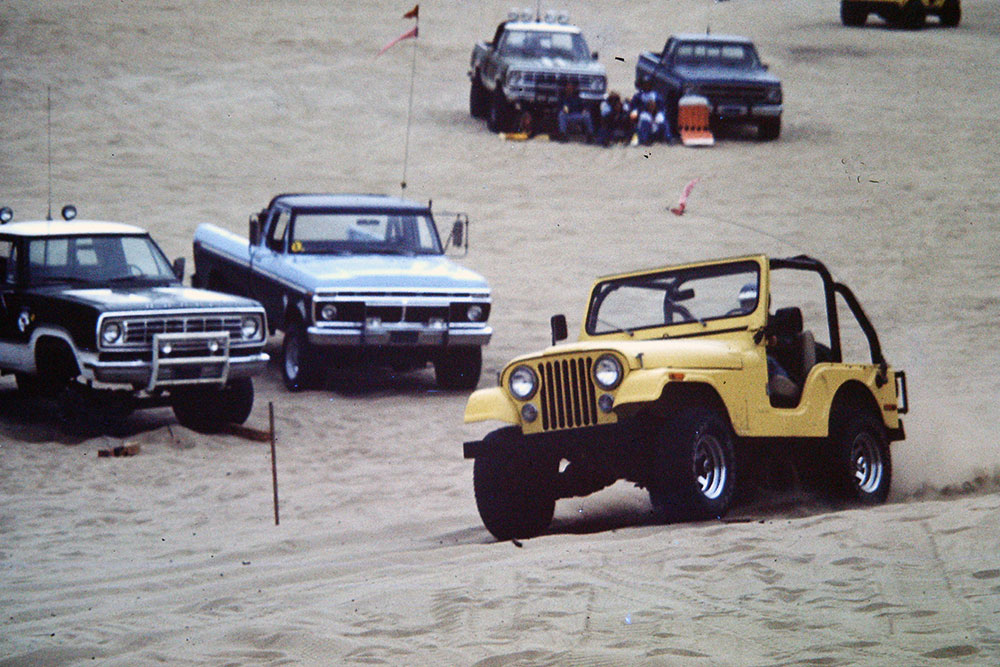 In its latest lawsuit, the group alleges that the commission violated its own regulations when it purported to adopt “revised findings” on August 12, 2021. The “revised findings” were for the Commission’s March 18, 2021 action ordering the end of OHV at the park.

“The commission is not legally allowed to change the reasoning that it adopted at the March 18, 2021 hearing five months after-the-fact,” the group said in a news release. “Realizing the validity of Friends’ other pending legal cases, the Commission attempted in August to file papers to create a better record for its March 2021 decision. But the law doesn’t allow that.”

Friends of Oceano Dunes’ President Jim Suty said, “Friends will not stop fighting for our rights to camp and ride OHV on the beach and dunes near Oceano. Our tradition and culture is more than 100 years old. The California coast already has 99.9% of the beaches closed to camping and OHV. There is no fairness or balance.”

Friends of Oceano Dunes is a 501(C)(3) California not-for-profit corporation expressly created in 2001 to preserve camping and off-highway vehicle recreation at the Oceano Dunes State Vehicle Recreation Area (ODSVRA). Friends is a grass-roots volunteer organization that represents approximately 28,000 members and users of the Oceano Dunes SVRA. 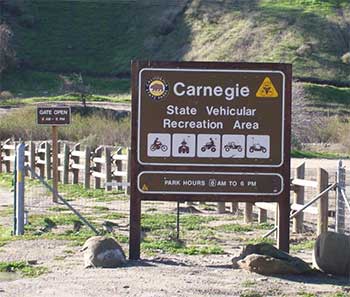 After several years of advocacy efforts, Tri-Valley legislators Assemblymember Rebecca Bauer-Kahan (D-Orinda) and State Sen. Steve Glazer (D-Orinda) are one step closer to a victory in the fight to preserve thousands of acres of wilderness outside Livermore. 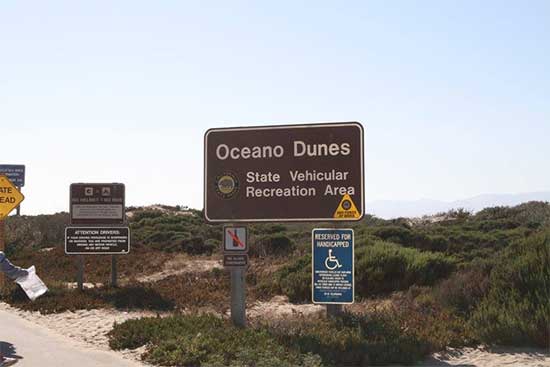 The government entities now face two lawsuits, down from the four originally filed after three of the cases were consolidated due to overlapping legal claims, according to San Luis Obispo County Superior Court records.

Friends of Oceano Dunes and EcoLogic Partners allege in the consolidated lawsuit that the Coastal Commission violated state environmental laws by ordering State Parks to prohibit off-highway vehicle (OHV) use at the Oceano Dunes by 2024.

The second suit, filed by Friends of Oceano Dunes — a nonprofit off-road riding group that advocates for continued OHV access to the dunes — asks for a judge to grant a quiet title for nearly the entire Oceano Dunes State Vehicular Recreation Area. That quiet title lawsuit alleges the area has an “implied-by-law dedication” for OHV use, beach camping and camping and therefore cannot be used for any other purpose.

“Quiet title” lawsuits are usually brought against private landowners and are typically used to “quiet” a dispute over who owns the land.

In this case, Friends of Oceano Dunes in its lawsuit doesn’t dispute who owns the land, just that the owners allegedly are improperly using the land by banning OHVs and camping in some areas of the park.

Attorneys for the San Luis Obispo County Air Pollution Control District and State Parks generally denied all of the allegations in the quiet title lawsuit in separate filings received by the court on July 14 and 16, respectively.

Coastal Commission and State of California attorneys filed a demurrer in the case. That means the attorneys may not dispute the facts but argue that there is no valid legal claim.

“Friends (of Oceano Dunes) seek, in effect, to adversely possess the public’s property for specific recreational uses,” the demurrer says. “This they simply cannot do.”

A hearing is set for Jan. 5 in San Luis Obispo County Superior Court, during which Judge Tana Coates may decide to sustain the demurrer, meaning Friends of Oceano Dunes may be able to revise their case.

If Judge Coates decides to overrule the demurrer, then the case is allowed to proceed as is.

Other Oceano Dunes lawsuit consolidates three cases into one

Only the county has responded to the first lawsuit.

That case, which was originally three separate cases consolidated into one, alleges the Coastal Commission violated the California Environmental Quality Act (CEQA) in its vote to ban OHV use at the Oceano Dunes because it did not conduct a proper environmental review to determine whether the prohibition would impact the environment.

CEQA reviews are conducted when an adverse environmental impact is expected to occur from an action or development.

The Coastal Commission’s staff report before the commission’s March meeting did not find that eliminating OHV use at the Oceano Dunes would negatively impact the environment.

The first lawsuit additionally alleges that State Parks also violated CEQA because it was mandated to comply with the Coastal Commission’s ban of OHV use without proper environmental review.

The county, which was named as a “real party-in-interest” because it owns the nearly 600-acre La Grande Tract property within Oceano Dunes State Vehicular Recreation Area, generally denied all of the allegations against it.

The Coastal Commission, Friends of Oceano Dunes and EcoLogic Partners are currently gathering all administrative records related to the commission’s March vote.

In its lawsuit, EcoLogic Partners alleged the Coastal Commission “has deleted or destroyed records relating to the amendment of CDP 4-82-300 (the Coastal Development Permit for Oceano Dunes State Vehicular Recreation Area) and any environmental review thereof, and that such destroyed records were required to be retained for inclusion in the administrative record for this action.”

The Coastal Commission has indicated in court documents that those records are held in “approximately 20 bankers boxes of physical documents, as well as an untold number of electronic documents.”

Therefore, the three parties may hire a third-party vendor to help with the gathering of records, which Friends of Oceano Dunes indicated could cost “in excess of $75,000,” according to court documents.

Those records will be compiled and reviewed by the parties over the next few months. A case status conference is set for Oct. 28 in San Luis Obispo County Superior Court to discuss the record preparation.

Beginning July 19, California’s Bureau of Automotive Repair (BAR) may fail motor vehicles during their “smog check” inspection if they are found to have software modifications (tunes) not provided by the original equipment manufacturer (OEM) or approved through a California Air Resources Board (CARB) Executive Order (EO).